The series was made with the Jovenes Creadores grant from FONCA. It is a representation of the camp and queer in contemporary society where the body plays a fundamental role in the pieces since it is conceptually proposed as a territory that displays other identities. The works also dialogue with Nestor Perlongher's poetry and Raúl Damonte's dramaturgy, authors who explored sexual diversity through literature. The intention of the montage between image and text is to open other reflections on the matter as a constellation -in the Bejaminian sense, as a set of elements put in connection- so that the spectator establishes different connections of images and words. 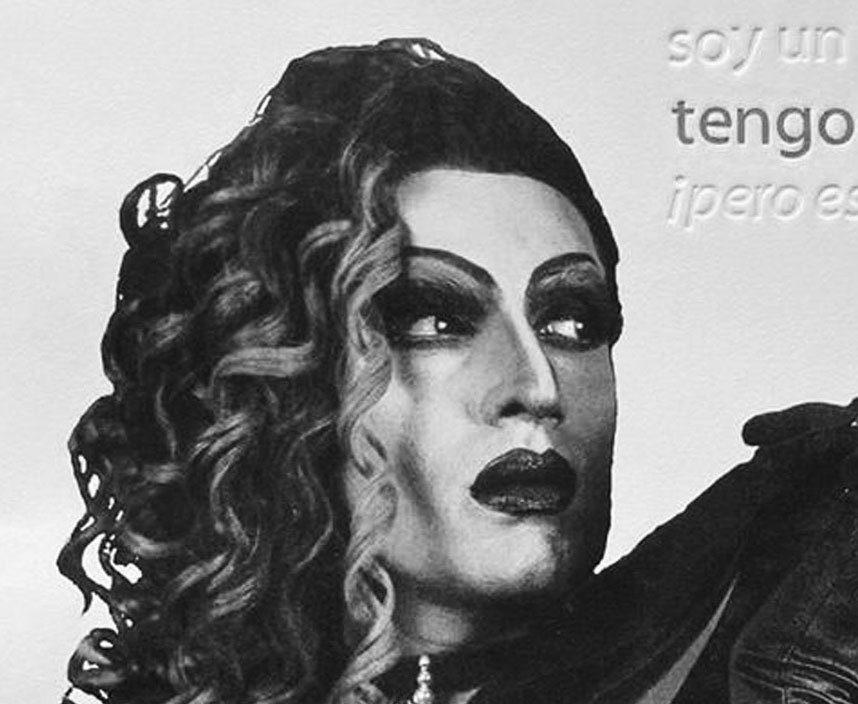 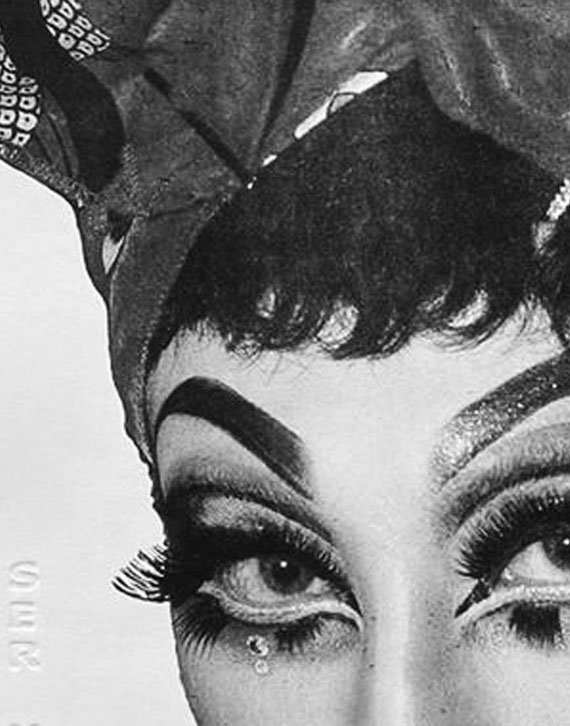 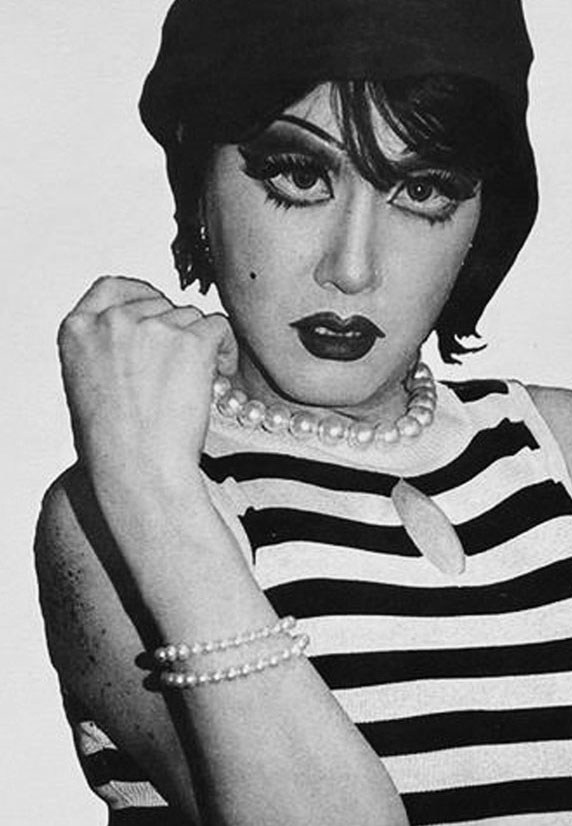 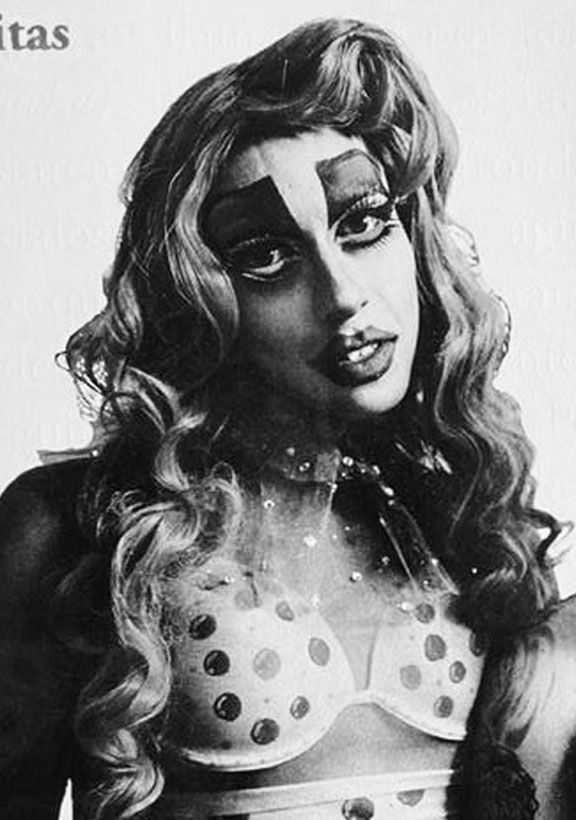 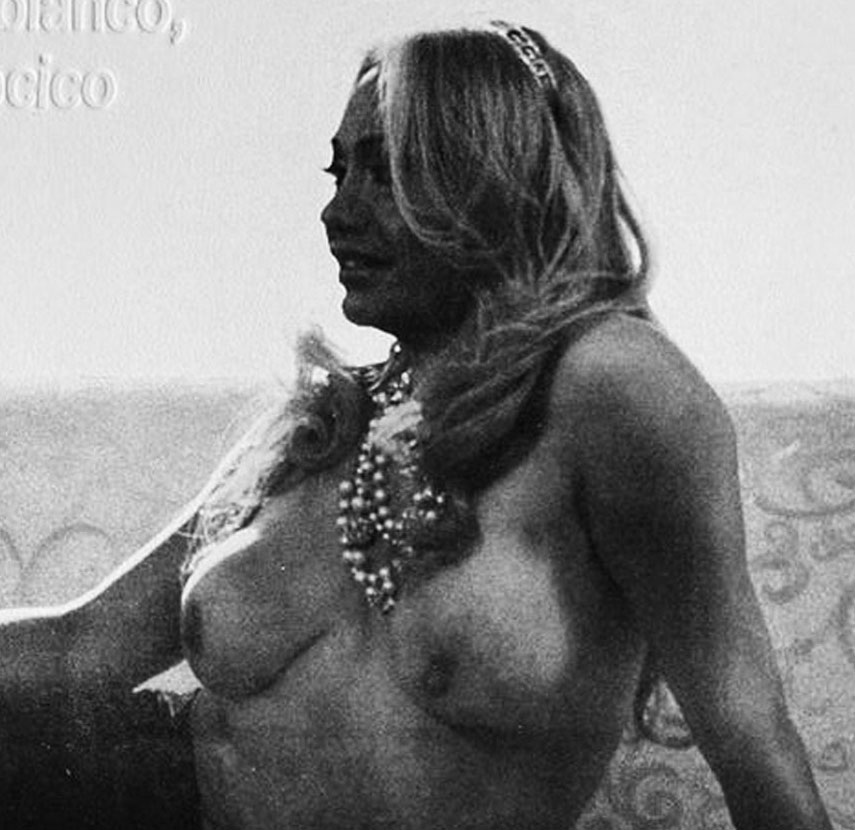 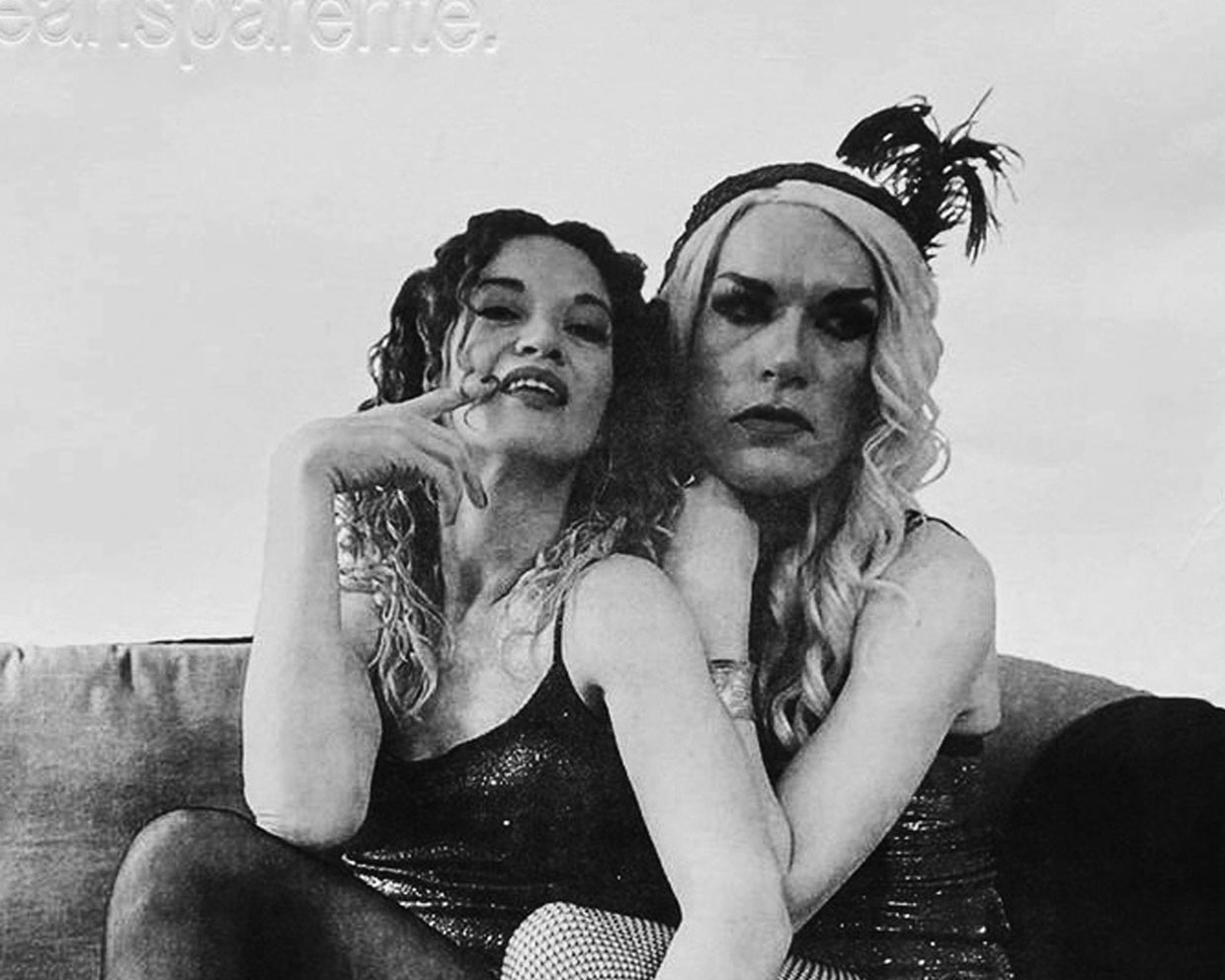 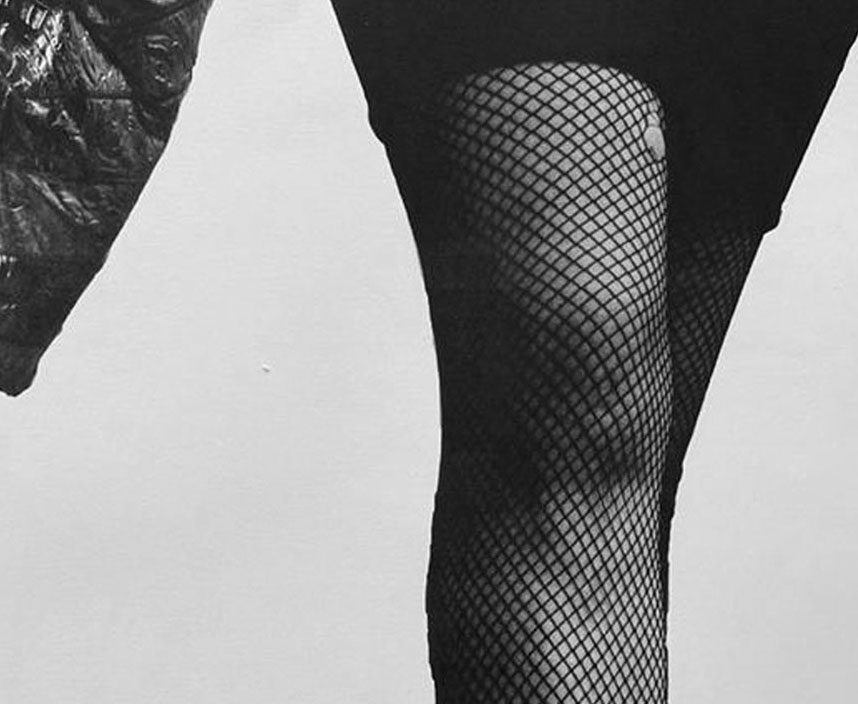 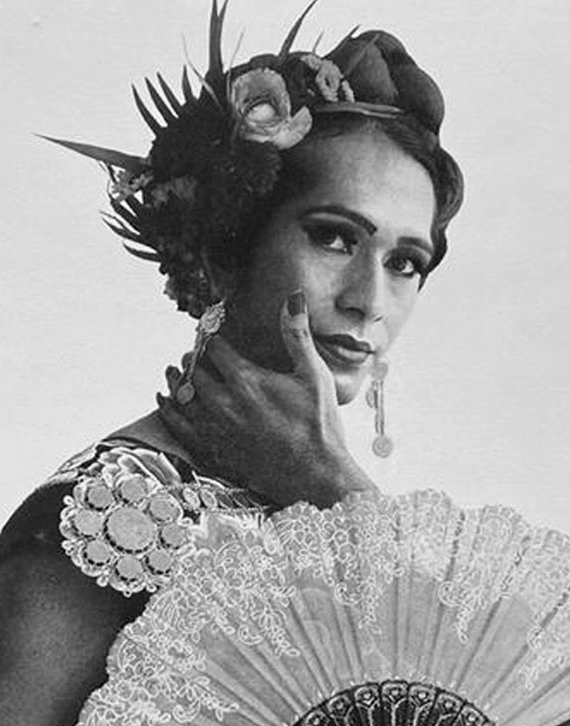 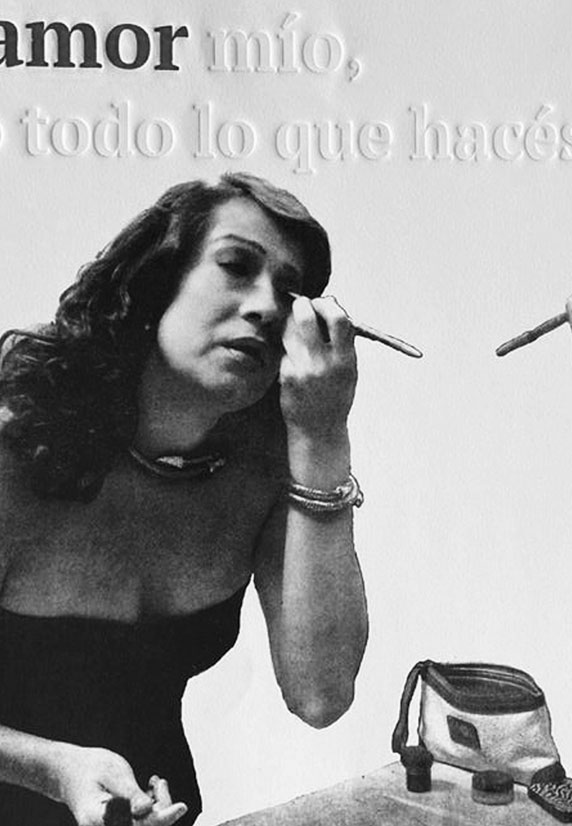 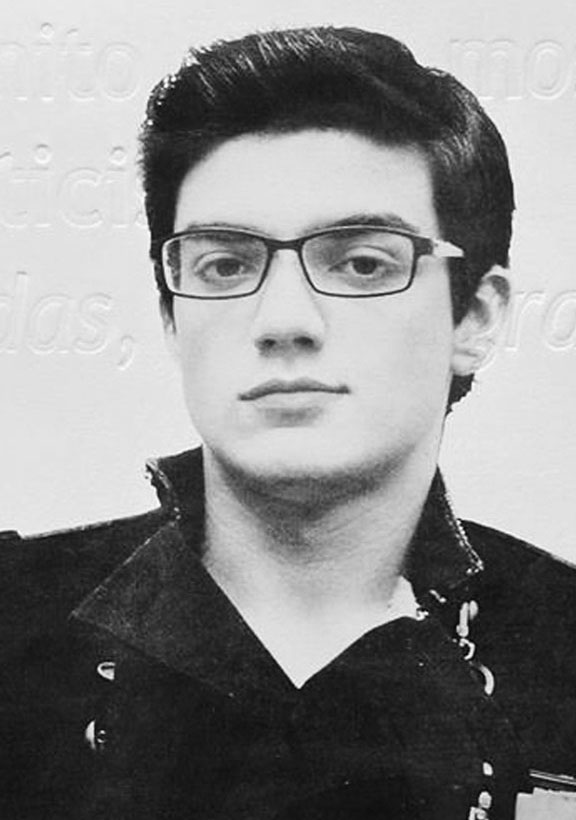 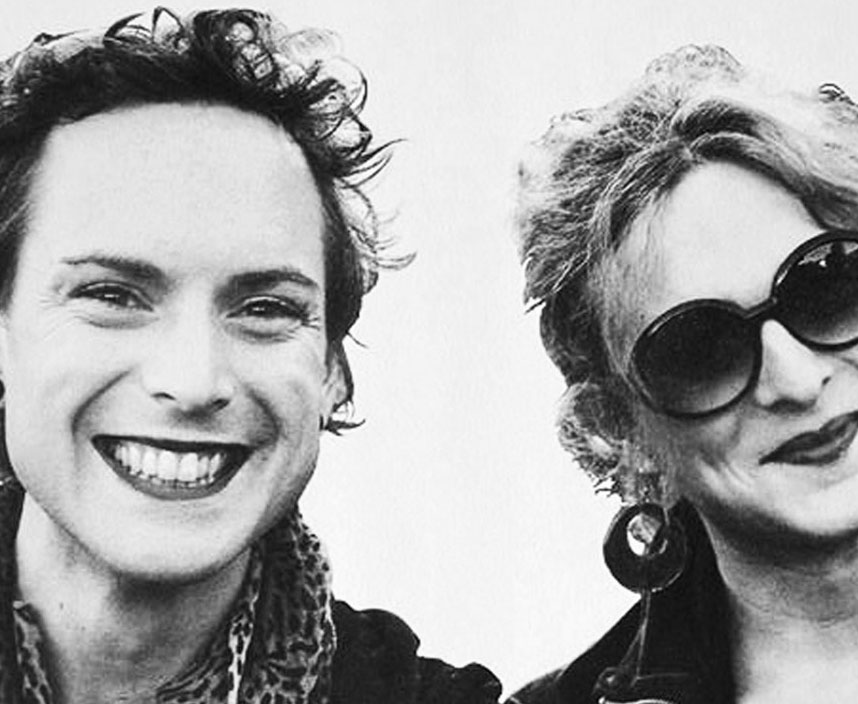 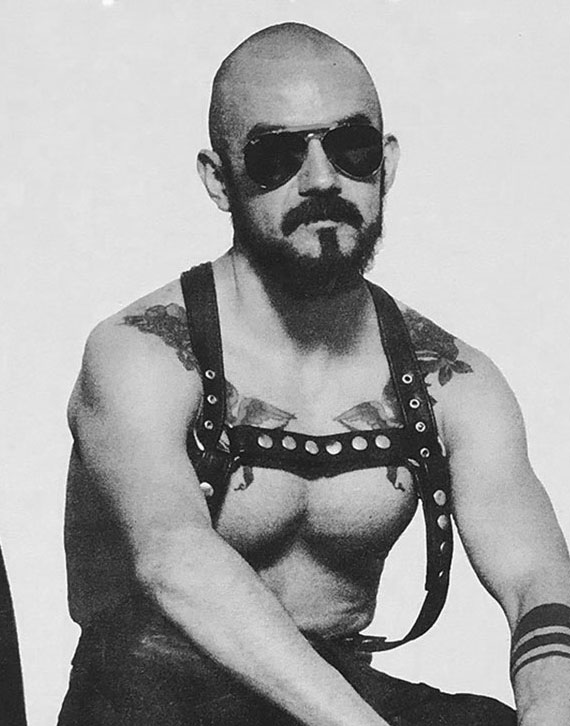 This series problematizes gender-based demands that are made visible in public demonstrations. The texts of the posters carried by the demonstrators represented in these works are transformed into abstract colored forms that invite the reconfiguration of the issues they allude to, opening up the possibility of alternative readings and significations. The images come from the photographic documentation of demonstrations in Mexico City and New York. 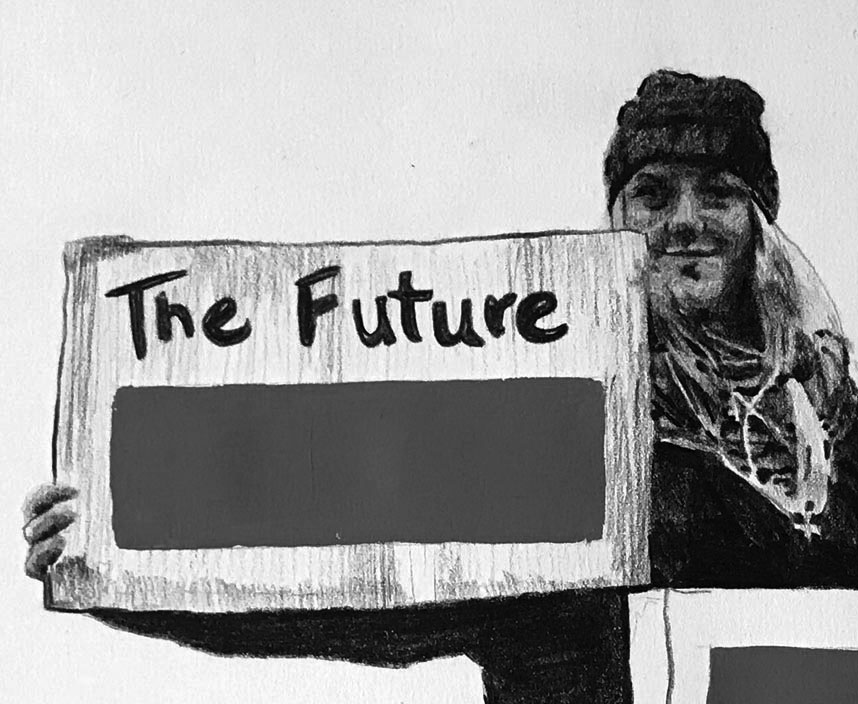 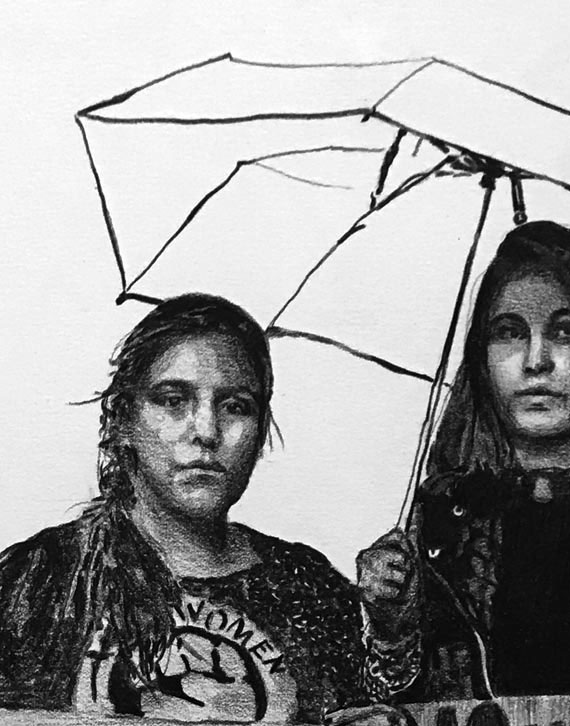 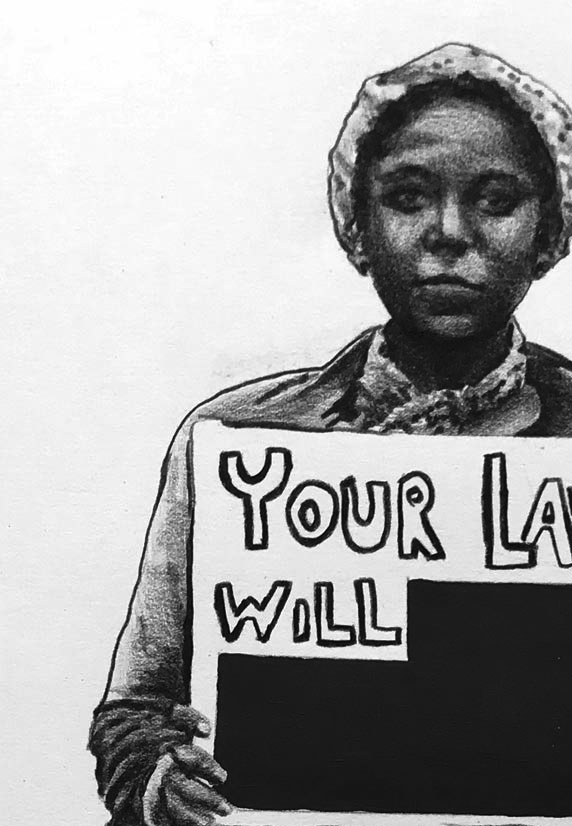 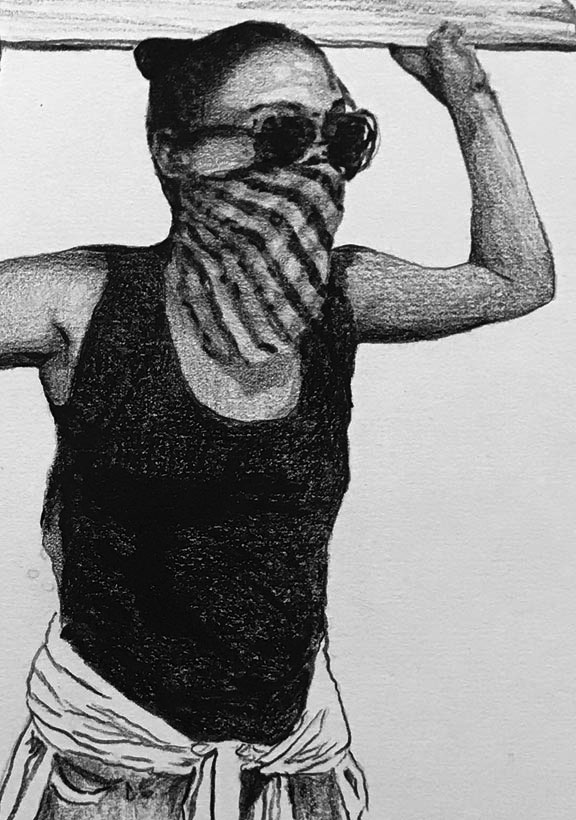 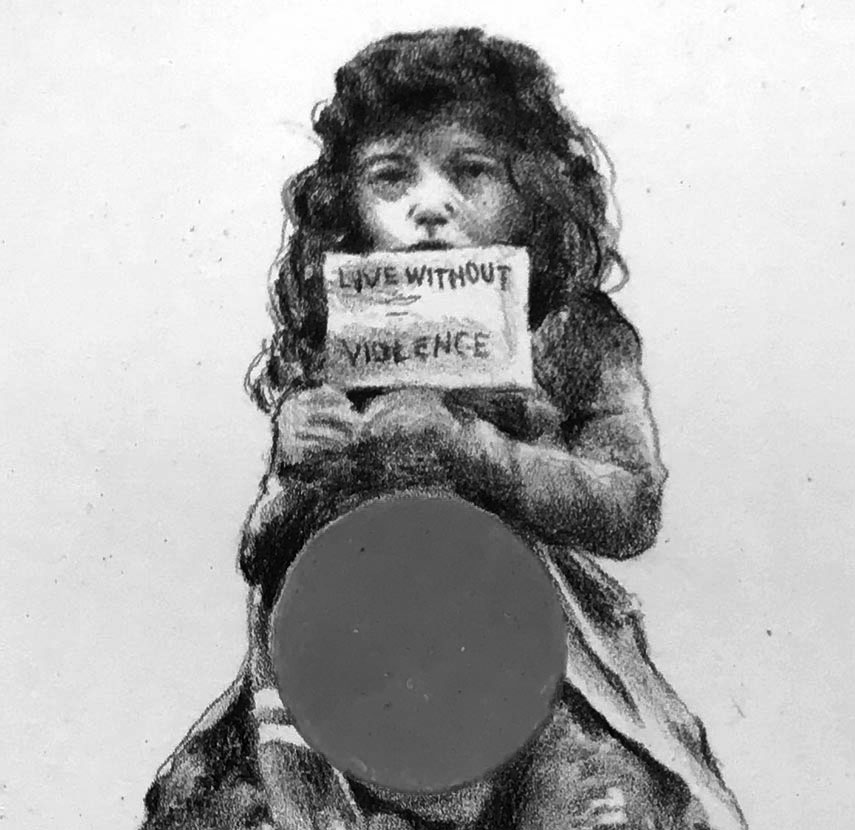 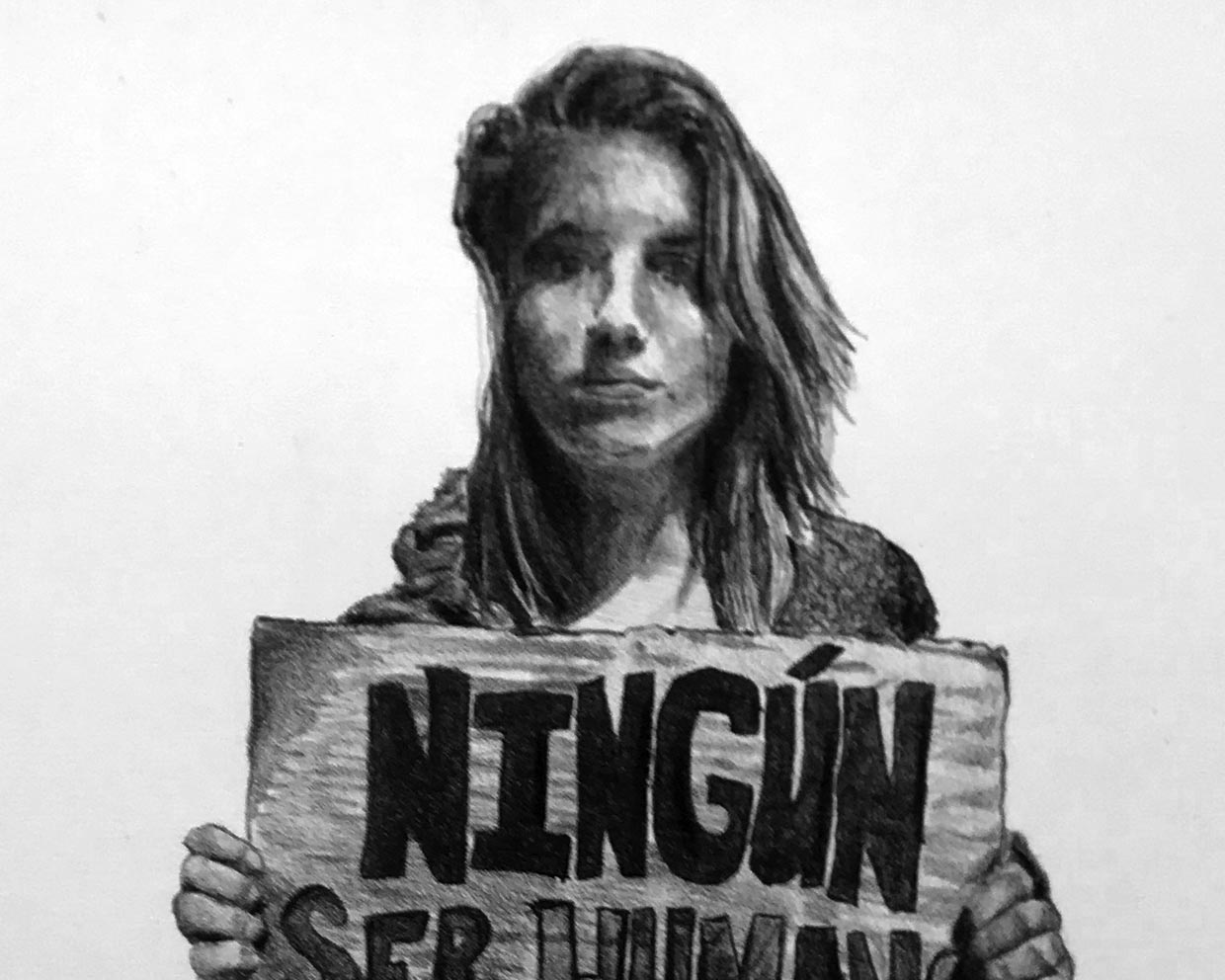 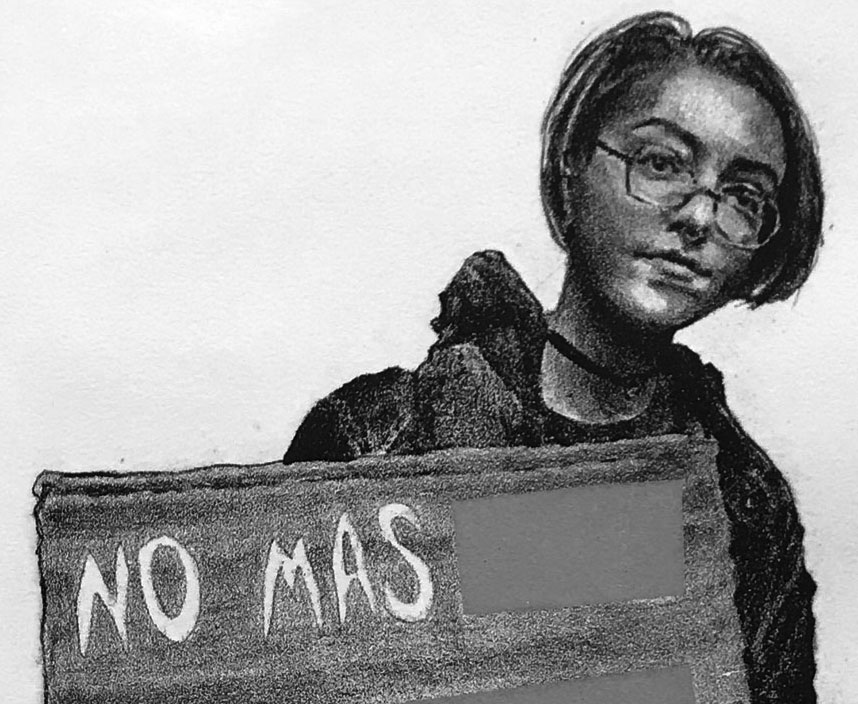 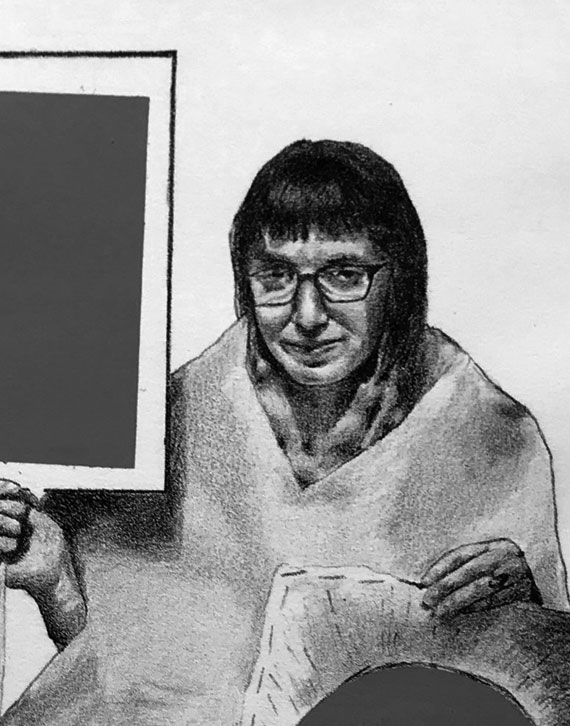 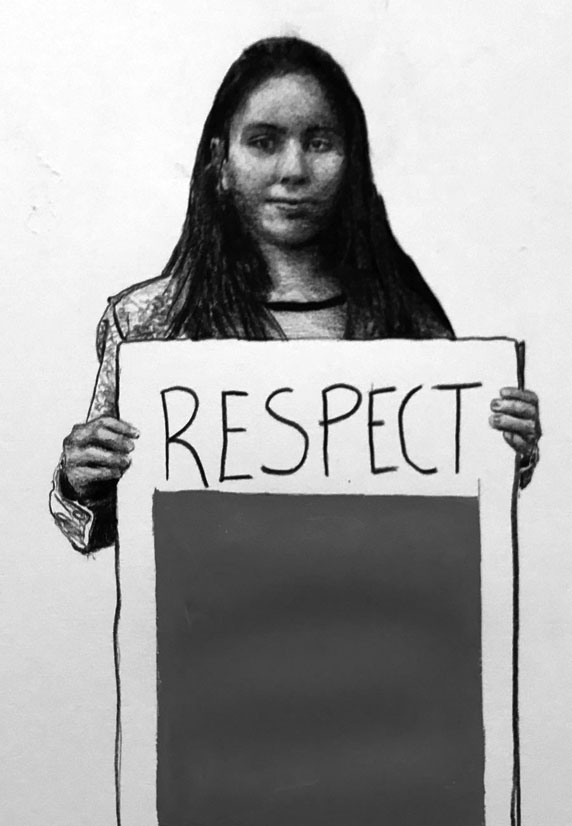 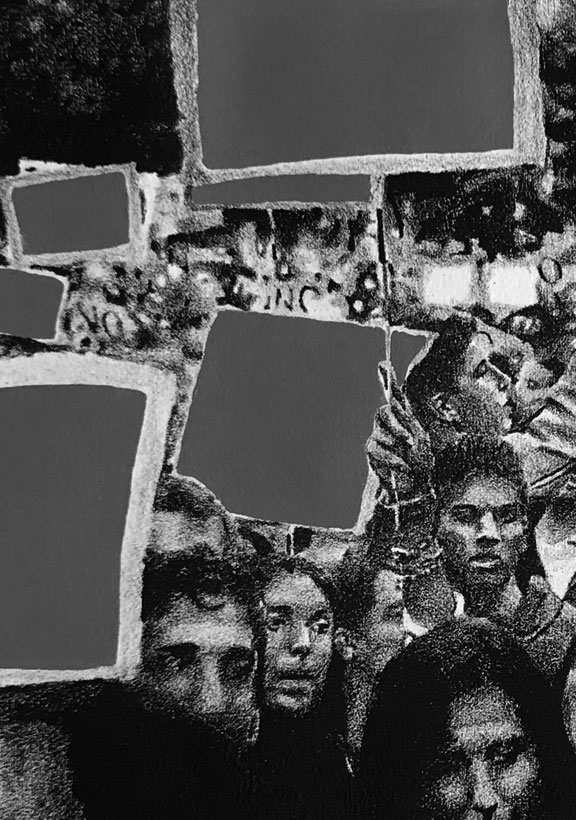 The Call of the Image

The artist Marisol Rojas (1986) is interested in the practice of artistic expression in the public space. Her series Voices of Contemporary Women (Voces de mujeres contemporáneas) won a prize in the First Biennial of Small Format Prints from Latin America and the Caribbean, and will be exhibited in countries such as Ecuador, Cuba, and El Salvador after its presentation in Mexico City in an exhibition during the International Congress of Critical Studies of the Image "Mirada en fuga" (Fugitive Gaze), organized by the Universidad Iberoamericana (UIA) in collaboration with other institutions.

This series of lithographic pieces printed in two colors on cotton paper, is based on photographs that the artist takes in demonstrations and that she manipulates in a dual fashion: in their transposition from one medium to another, and through the blocking out of the original wording—taken from posters and banners--so as to make possible the emergence of other potential occupations of those empty spaces. Thus, the works not only revindicate the act of public protest, but also transcend it by way of the gaze, the gaze that "re-multiplies" the act of protest through the process of graphic creation and "re-enables" it in relation to its communicative value by propitiating -artistically- a voice that renews it. The works confront us through this critical procedure in order to effect an actualization of history. They are vehicles that involve us as subjects in the activation of symbolic narratives positioned in social space, by simulating the field of protest and inviting new pronouncements, or perhaps the same ones, or perhaps none. As the artist indicates, “the idea is to create an infinite space for reflection that can be all or nothing.”

When the spectator is faced with the absence of words, the artist offers an opportunity, that is both paradoxical and controversial, between the distrust of that which has already been said and that which is still unspoken (between the third person who has already written and the "I" who expresses him or herself). The tenses are implicit, suspended between concealment and pronouncement, like figures put on hold. This is a provocative, active, participatory exhibition that will embody new proposals and transformations in different contexts.

Given the author’s interest in contemporary issues such as xenophobia, gender, and immigration, these works focus their attention on a particular aspect of these topics, on the figure of women in circumstances of public protest, in order to highlight their role and their dilemmas within the broader picture. On an amply proportioned canvas, the public is invited to intervene with permanent black markers, which will result in the creation of a new document in the course of the exhibition. The potential of both word and image to incite mobilization is explored simultaneously, as—in their removal from reality—they transcend it. For the image “is something very different from a simple fragment of the visible aspect of the world,” as G. Didi-Huberman has said, “... it is a trace, a furrow ... that cannot, as a vehicle of memory, leave us untouched.” It is a call, a summons.